Created by Franz Rau's Moto Motion with guidance from one of the founders of the World Championship, Steve McLaughlin, and in collaboration with the German importers of Yamaha, Kawasaki and Suzuki partnered and several motorcycle accessory companies, the Pro-Superbike Championship was formed in 1991 and became an immediate success. It drew large grids of riders from all over Europe - becoming a fully international championship in 1994 - and Moto Motion's TV productions brought German motorcycle racing its biggest audiences ever.
But while Moto Motion owned and operated Pro-Superbike it still needed places to race, and the events plus all of the supporting championships were still handled by the German motorsport federation. Over the decade as the series grew bigger and better, tensions between the two sides grew too, with the Oberste Motorradsport-Kommission - and later the Deutsche Motor Sport Bund - wanting more control over what was effectively Germany's national superbike championship, and Moto Motion keen not to change their successful and popular product.
The final straw came in July 1999 - unable to agree on organisation of the final Pro-Superbike round at Lahr the event was cancelled, leaving Moto Motion unable to fulfil broadcast commitments with prominent sponsors and partners. The DMSB attempted to re-schedule the finale but again failed to agree with Moto Motion, and the two parties terminated their co-operation entirely. The three founding importers of Yamaha, Kawasaki and Suzuki announced their intent to leave the championship, and the DMSB refused to permit Pro-Superbike to join any of their future events. Pro-Superbike started the new millennium as a championship filled with privateer entries, racing only on circuits outside Germany, and no official German superbike championship existed again until 2003. Despite continuing to run as an international series, without sponsors and TV coverage Pro-Superbike was unsustainable, and at the end of 2001 it came to an inglorious end. 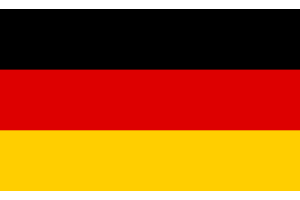